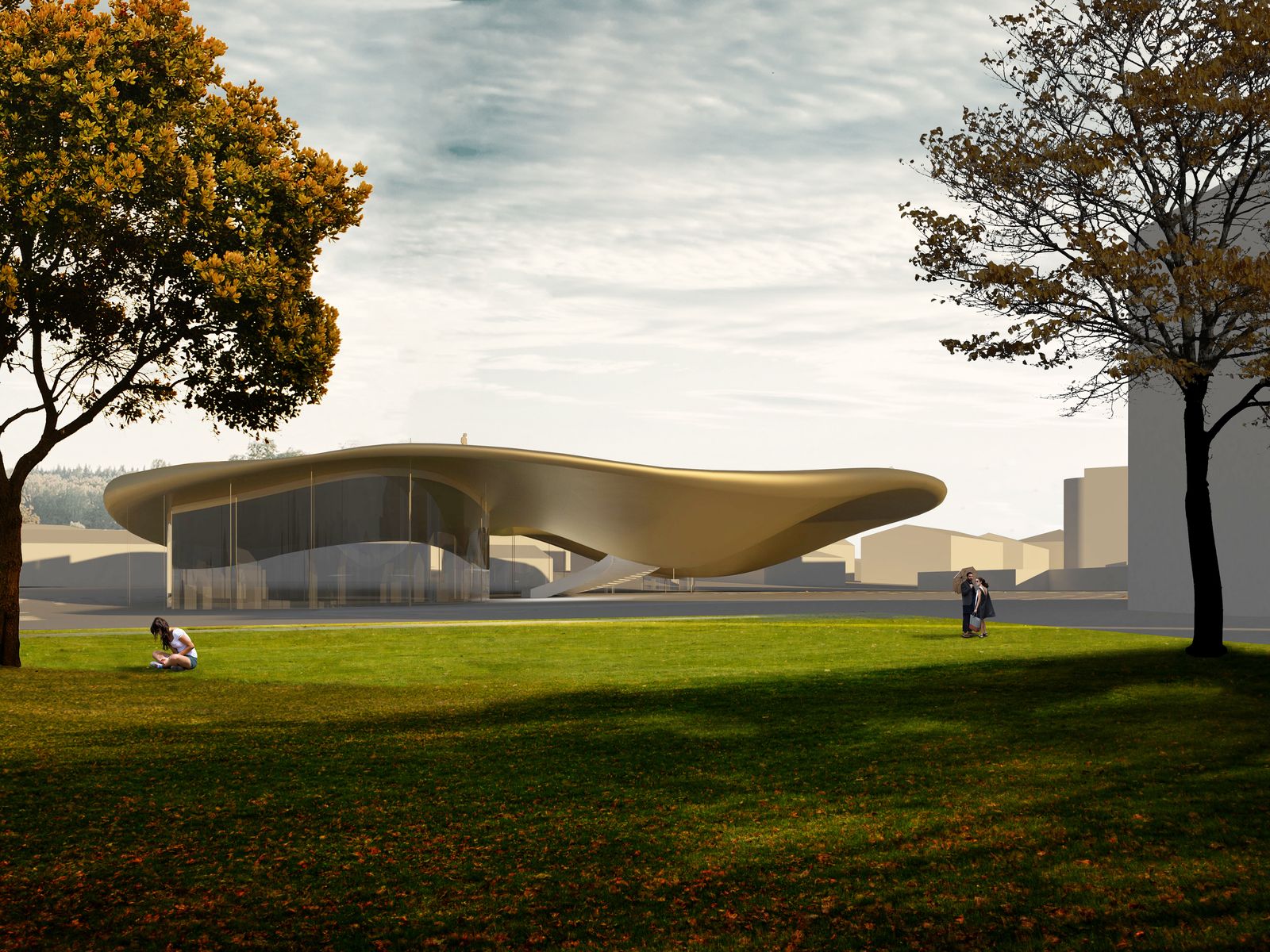 "It was not until the early 1930s that a few villas and inns were built on the northern shore of the lake, today's center, customarily called 'America' (so christened by children who spent their summers on the opposite shore in Unterburg and swam to 'America') ..." (div. ed.: Südkärnten. Von Juenna zum Klopeiner See, Klagenfurt 1988). This story - reminiscent of Astrid Lindgren: Wir Kinder aus Bullerbü - accompanied the design process.

The structure is realized in lightweight construction like a ship and covered with a metal-gold shimmering skin. On top, wooden planking - like on a ship's deck. There is a large open-air arena for events of all kinds with a view to the south and across the lake (capacity: up to 1,200 visitors) as well as a cave-like stage for approx. 400 visitors, which is embedded under the wooden skin and thus weatherproof.

All paths lead to the Agora, under the building or via the staircase spiral to the viewing platform. The flying roof will be built first, forming the shell for a new marketplace that will be realized in a second construction phase. In cooperation with the business owners and the tourism industry as well as new investors, a market hall made of glass will be created: a space of desire and development. The cultural platform is "carried" by a commercially oriented structure - a forward-looking image.