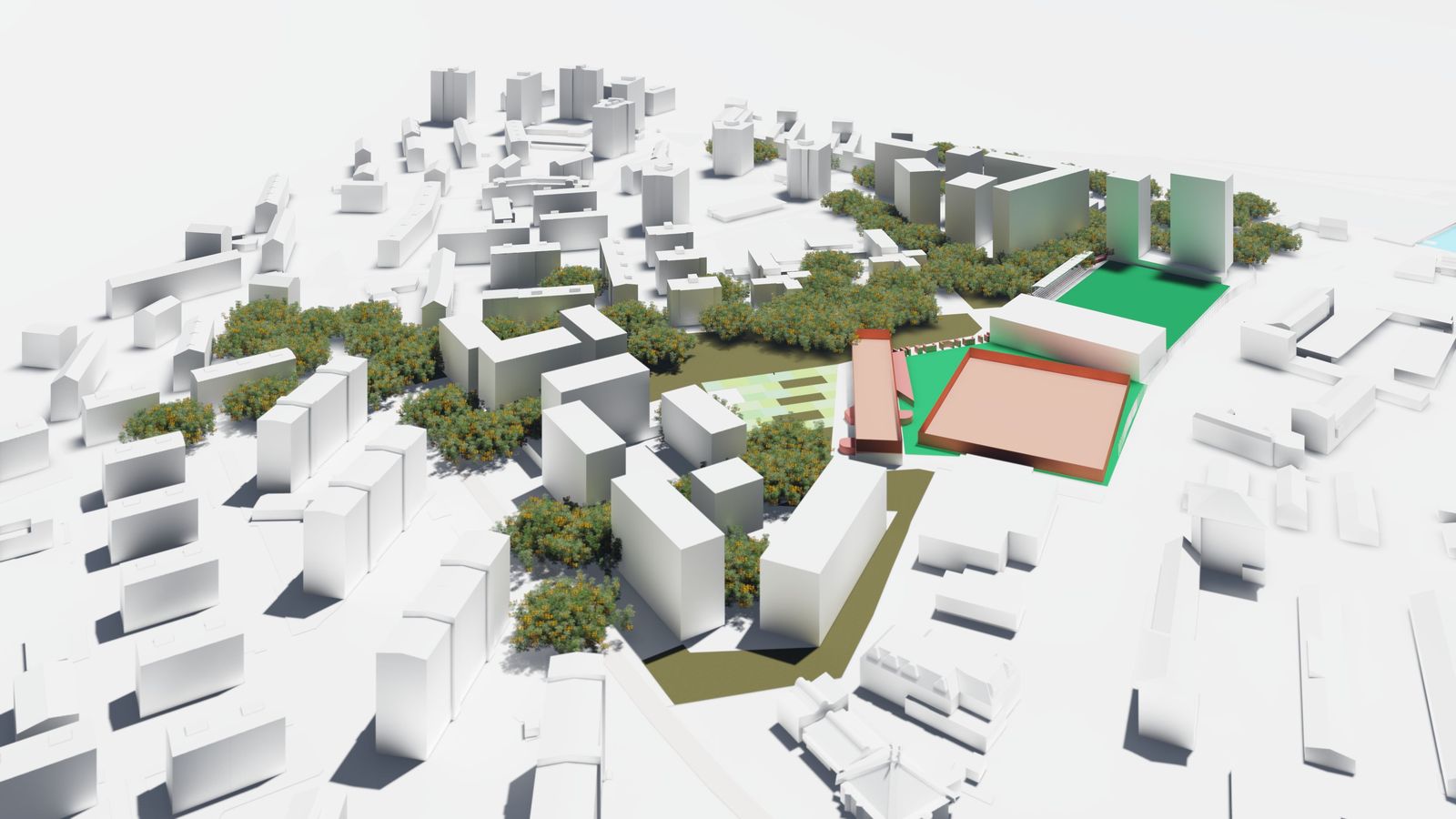 Innsbruck is in transition from a rural to an urban area. In addition to social and spatial challenges, this means that Innsbruck residents' relationship to the city and to themselves will change significantly. The partly still rural structures in Innsbruck will slowly dissolve and make room for something new and unexpected. For this it is important that different possibilities, different interests and unknown structures can meet and blossom in complexity. This change provides the necessary tension, creates contradictions and qualities, and offers the city's inhabitants spaces and possibilities in which they can lose themselves and find themselves anew. The city becomes a space for discovery and progress, in short, a cultural space. "Next to language, the city is humanity's greatest invention," according to Richard Sennett. The French writer, poet and surrealist André Breton spoke of the "chance encounter," the possibility of the most diverse things coming together during a walk through the city. For urban planning, this means not only bringing together as many programs and levels as possible within the city, but also using wayfinding and axes to guide and plan the generation of sensations.

Innsbruck is divided into three parts by the meandering Inn River on the valley floor; nevertheless, the city relates to the river only in a few places. In one of these border areas lies the Campagne-Reichenau area, which can play an important role in the urban development of Innsbruck as a connecting element. On the axis between the historic center of Innsbruck and the urbanistically well-developed O-Village, the planning area lies exactly in the middle. The west-east axis corresponds to the current growth of Innsbruck, on which several sub-city centers will emerge in the future. Morphologically, the different Innsbruck city quarters possess clearly distinguishable urban qualities and are clearly readable - what is missing is the connecting element. The Campagne-Reichenau area offers in the future the possibility to form a new center for its surroundings as well as for the city and to function as a cultural attractor. The Campagne-Reichenau area is to be charged with a wide variety of programs: Housing in a wide variety of forms, local supply, infrastructure, green spaces, active areas, culture, commerce and sports. The Lange Weg currently creates a clear separation of residential and commercial. However, as a border space, it also offers the opportunity to open up new connections and to enhance and redefine the area through design interventions. The same is true in the northern area of Campagne Reichenau and the relationship there to the water.

Vertical growth can be a very promising as well as necessary option for the city. Thus, in addition to the low costs (according to current studies between 900 to 1,200 euros/m²), the sunlight, the large open first floor area and, last but not least, the fantastic view, there is nothing to prevent building upwards in Innsbruck as well. However, in addition to the realization of public outdoor spaces, the desire for a private outdoor space (the dream of a house in the green) must also be addressed. This also corresponds to the city's desire to not "only" build social housing in the zone, but to additionally create alternative housing for people from all social classes. In addition to affordable housing, the new district needs affordable, flexible and easily convertible creative spaces in order to open up opportunities for residents in all areas of their lives. The "Hallenwohnen" in Zurich should be mentioned here as a reference project. We propose to invest the money for a part of the planned parking spaces in projects like car sharing or for bigger elevators for bicycles (e.g. Bau aufs Rad) as well as roof gardens. Phenomena like Do-It-Yourself 3D printers, homegardening, homeproduction, homeoffice show the way to a new city, a better city. It is therefore the responsibility of all of us to open up new fields of activity and work with urbanistic as well as architectural approaches. 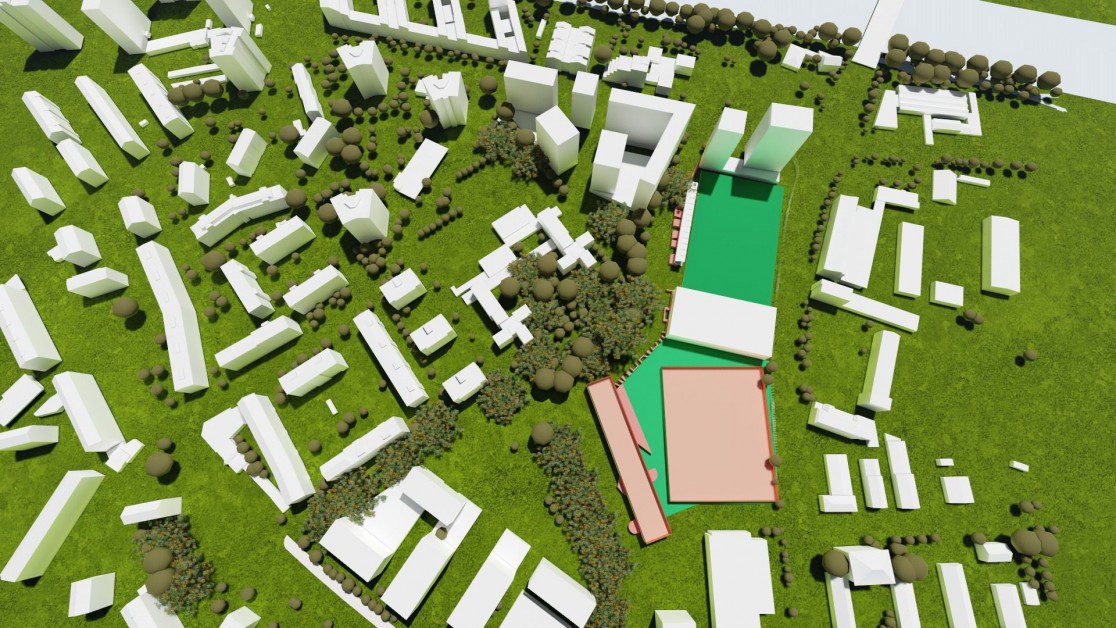 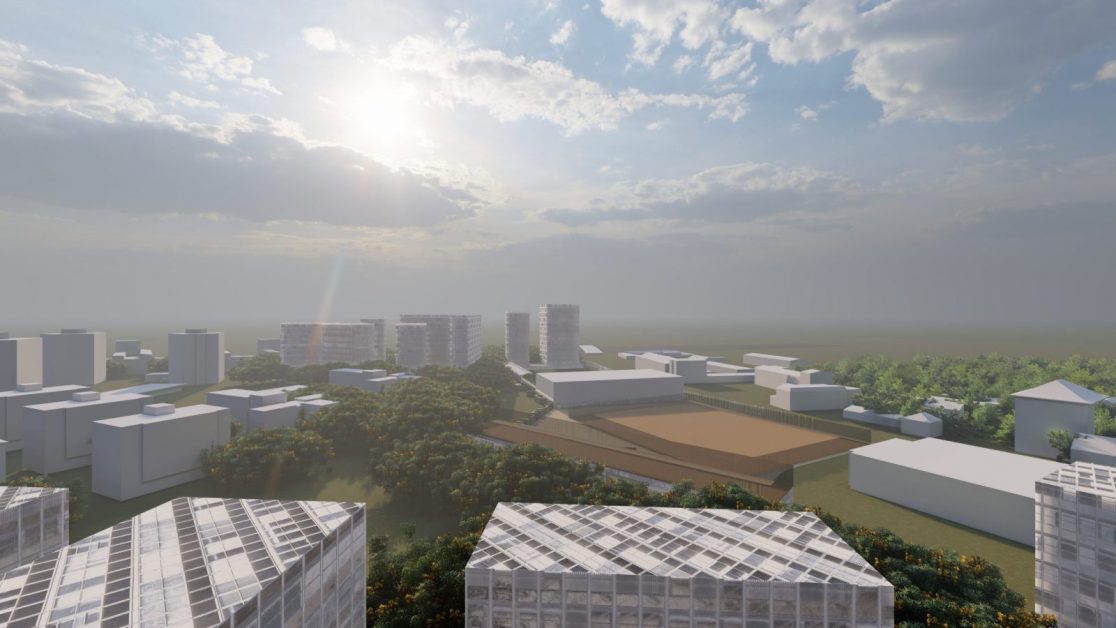