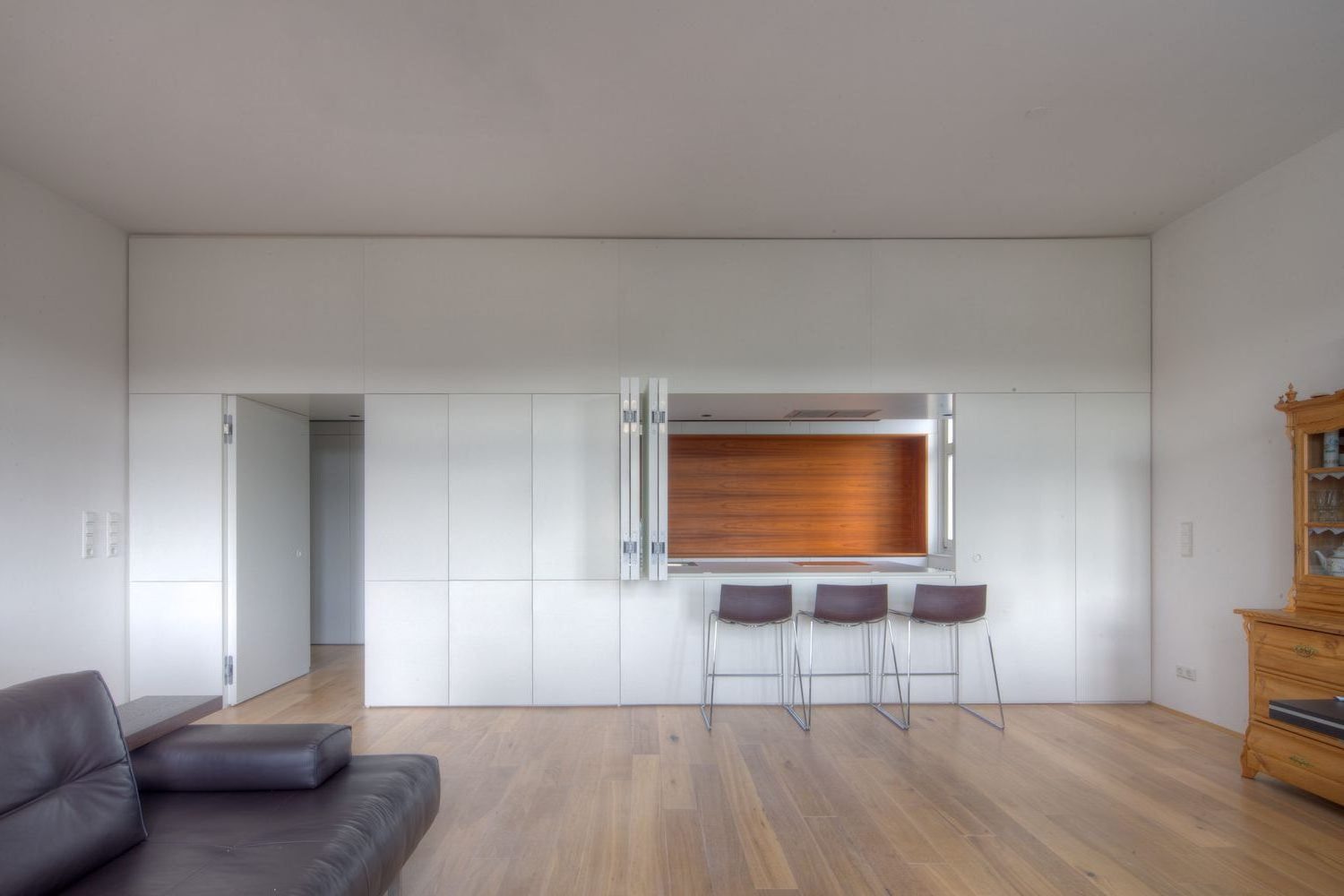 If one wants to furnish a small apartment to make it look large and precious, many architectural tricks are required. Before the reconstruction, the apartment was separated by a long narrow corridor into a south-facing wing with a large living room and a north-facing wing with three adjoining rooms. The three rooms towards the north consisted of two bedrooms and in the middle of them the kitchen. At the end of the corridor towards the east was the bathroom with day toilet. The situation of the kitchen towards the north, the dining area situated in the living room and the small bathroom creates a mixture of uses and does not allow for quiet retreat spaces within the apartment. In addition, there was hardly any storage space in the small city apartment.

Restructuring and packing
The aim of the planning is to clearly separate the usage units into a quiet sleeping area with assigned sanitary rooms and a living area with integrated kitchen, while creating as much concealed storage space as possible. To achieve this, the long, narrow central corridor is extended to the east façade of the apartment, the bathroom with daytime toilet and anteroom is relocated to the space between the two existing bedrooms, and a kitchen that can be separated from the living space is created in the area that becomes free.

Central element
The central element of the conversion is the installation of a room-length, double-sided cabinet and furniture element on the wall of the center aisle, which creates a calm spatial unit with its uniform white surface. Deliberately positioned niches in dark, fine-grained teak add accents. The furniture includes both the wardrobe and bookshelves and shelves, as well as a spacious kitchen unit at the end of the corridor, which opens against the living room with a large folding door. A lighting concept specifically adapted to the needs of the family and the spatial situations, which can be flexibly switched to create different living atmospheres, completes the interior design. 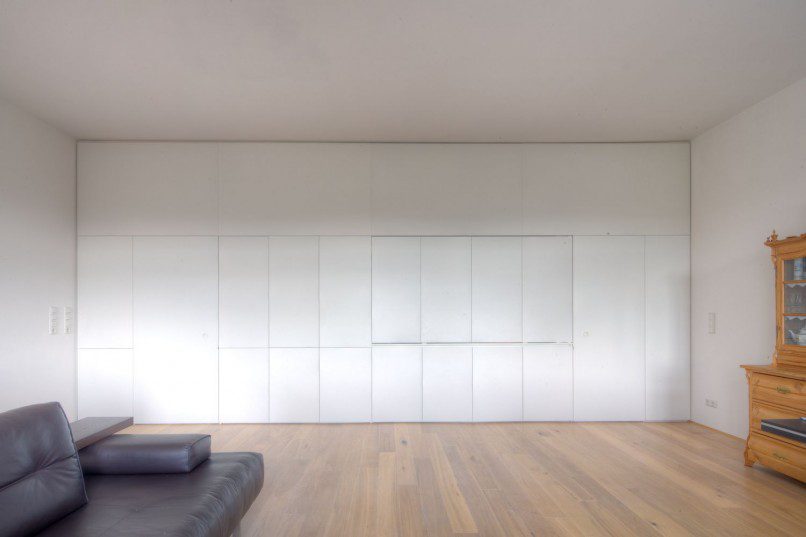 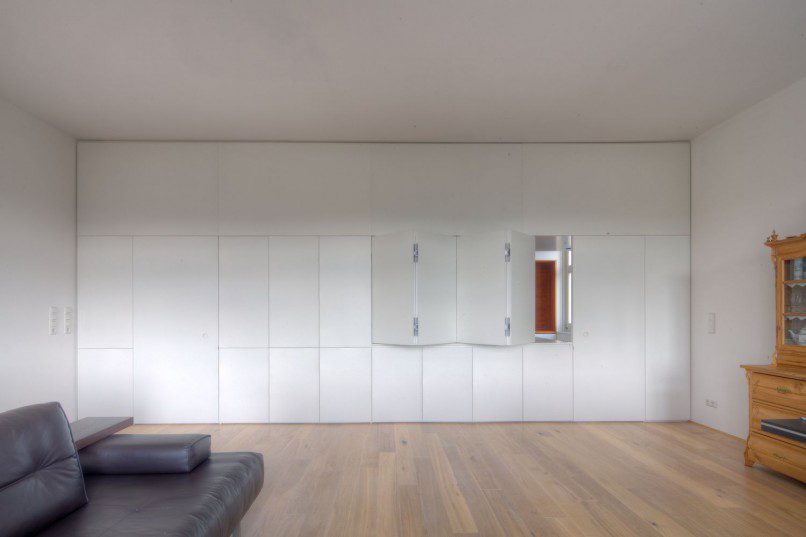 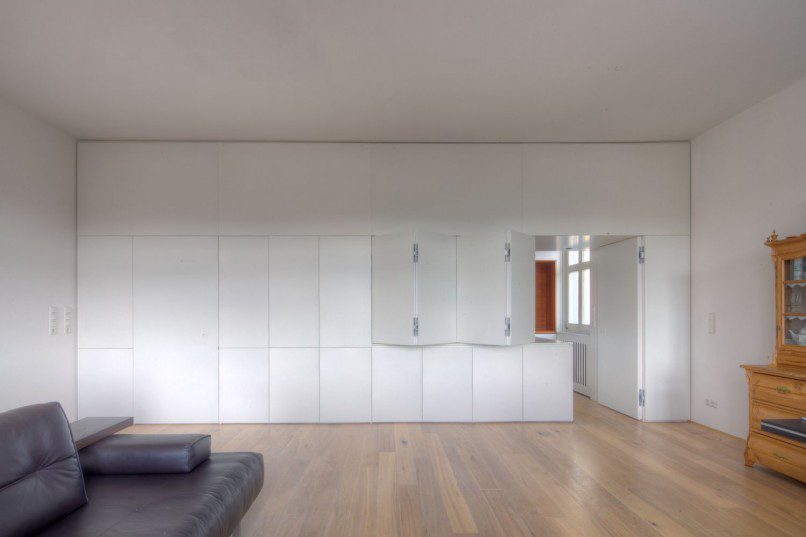 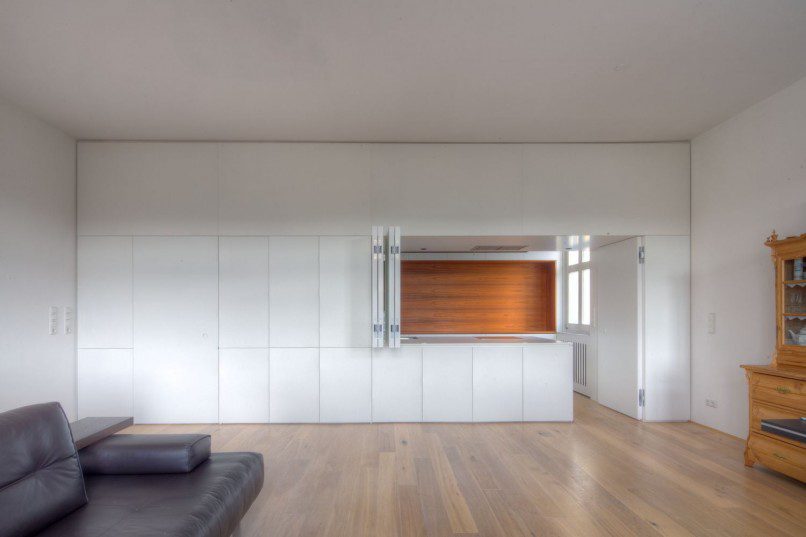 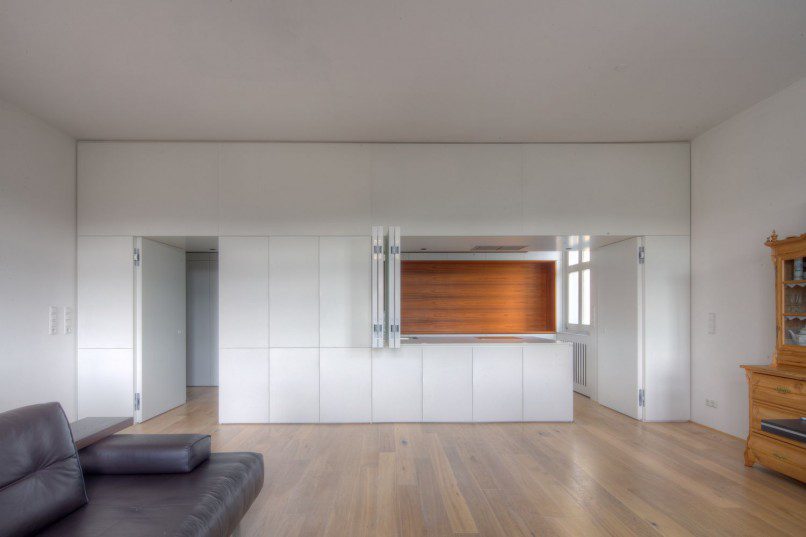 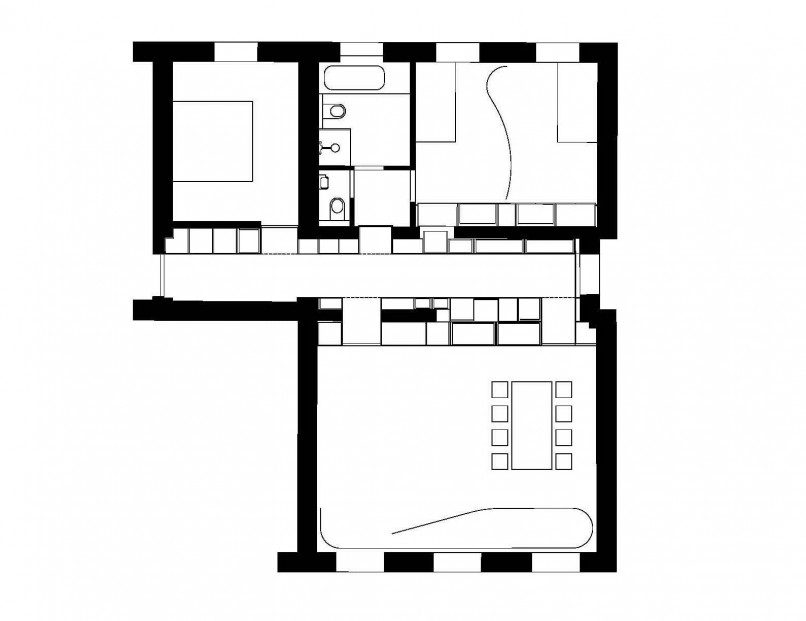