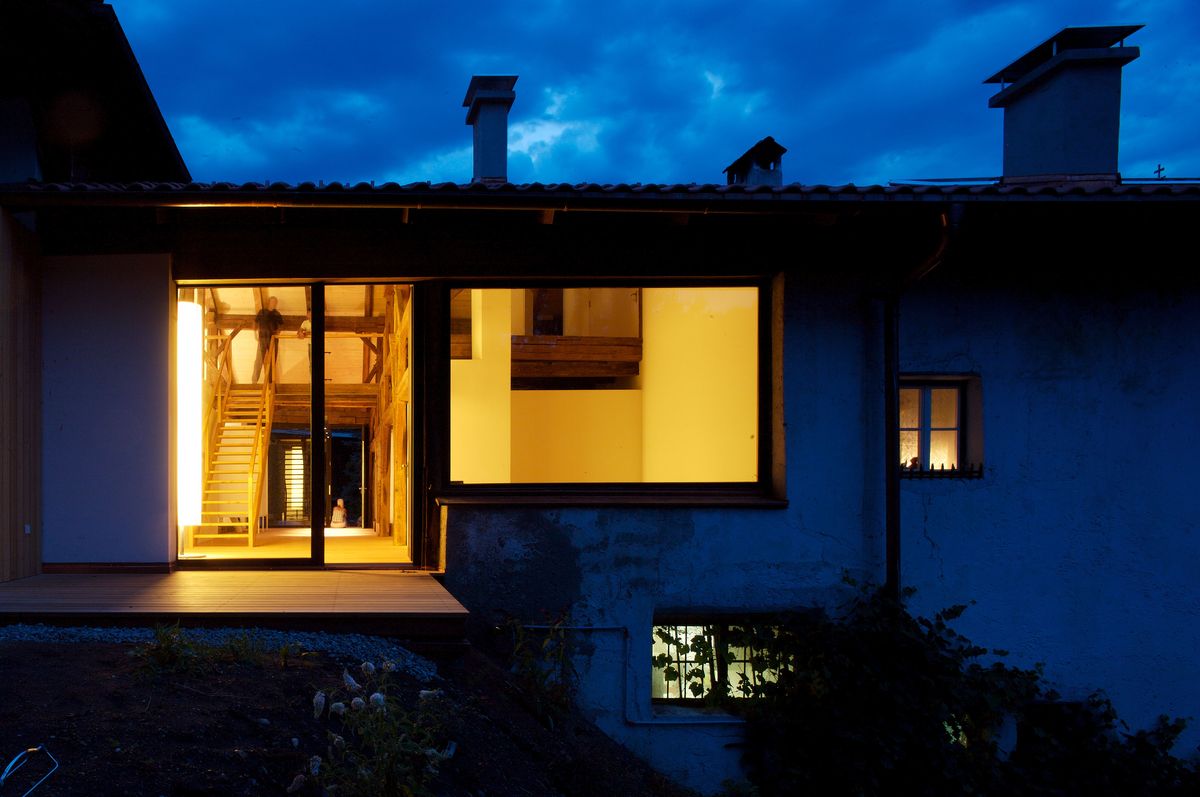 At the western edge of the village of Gärberbach - above Innsbruck - stands a house whose core probably dates back to the 16th century and which was formerly used as a mill and later for agricultural purposes. An associated chapel from the 18th century was the site of a mass celebration with Andreas Hofer shortly before the Battle of Bergisel in 1809. Situated between the massive, three-story residential building and the chapel is a wide, open threshing floor, which together with the former chapel and the open roof truss is adapted for residential purposes. The large volumes of the transverse threshing floor and the roof truss aligned in the direction of the gables form an interior space that is unified into a single unit by the restored Bundtramwerk.

Today's entrance by the west-facing driveway to the threshing floor, just to the right is the former chapel, which now serves as an open kitchen space. The perforated windows of the chapels were opened and replaced by three narrow balcony doors facing the south-facing terrace. The first floor, which is partially open over two floors, serves as a living and "cooking" space. The bedrooms are located in the attic, which is rather darker in terms of lighting. A clear separation of intimacy and openness was dispensed with. All interior spaces are developed as equal spaces that are not identified by a clear function. The central corridor through the house has casualness and self-evidence; there are no guided paths.

Overall, fewer rooms and spaces have been created, but much more atmospheres and niches that are permeably layered behind, next to, and on top of each other. The new is carefully integrated into the old. It reveals itself not in the architectural arrangement, but in the clearing of the spaces. Subtle solutions for light and illumination, high-quality interior design and a reduced color concept characterize this transformation, which is less about creating space than about making space visible. 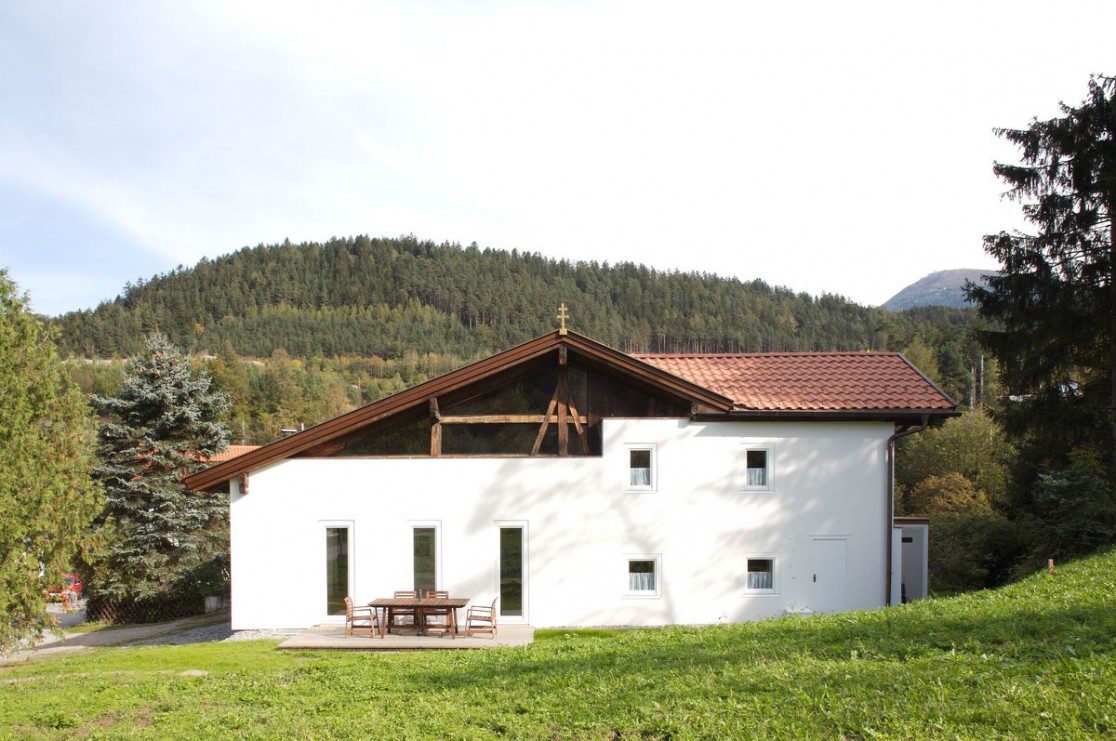 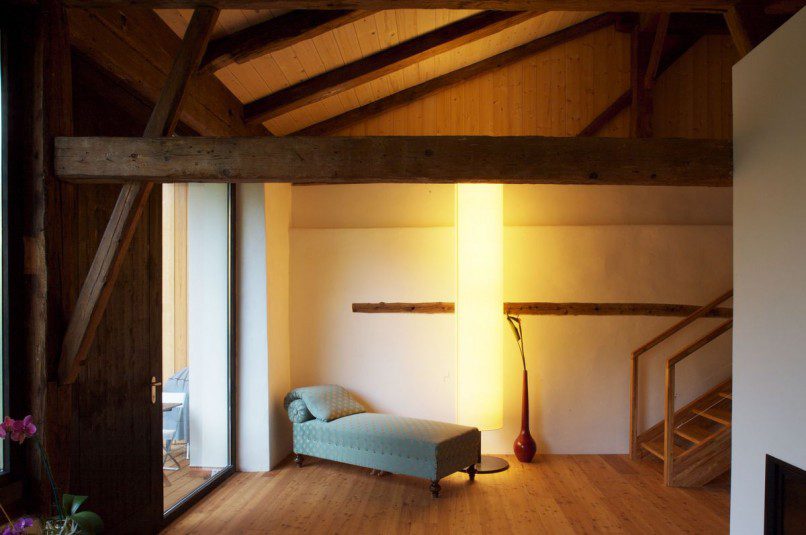 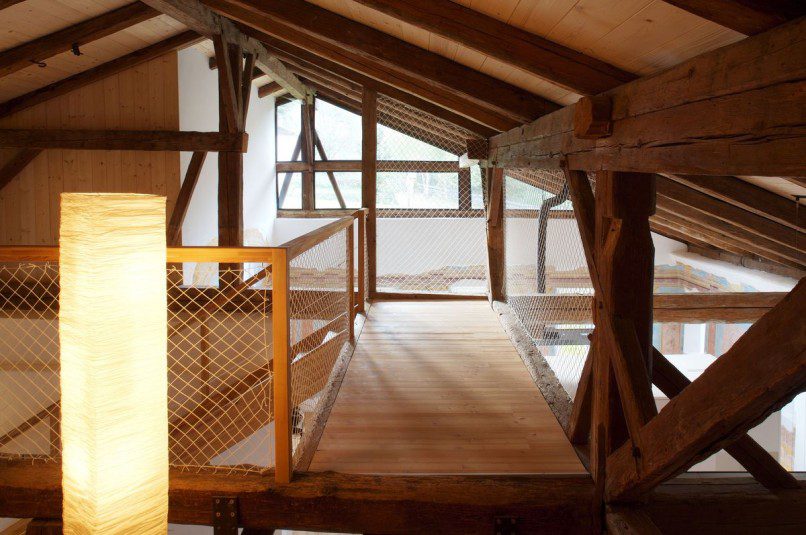 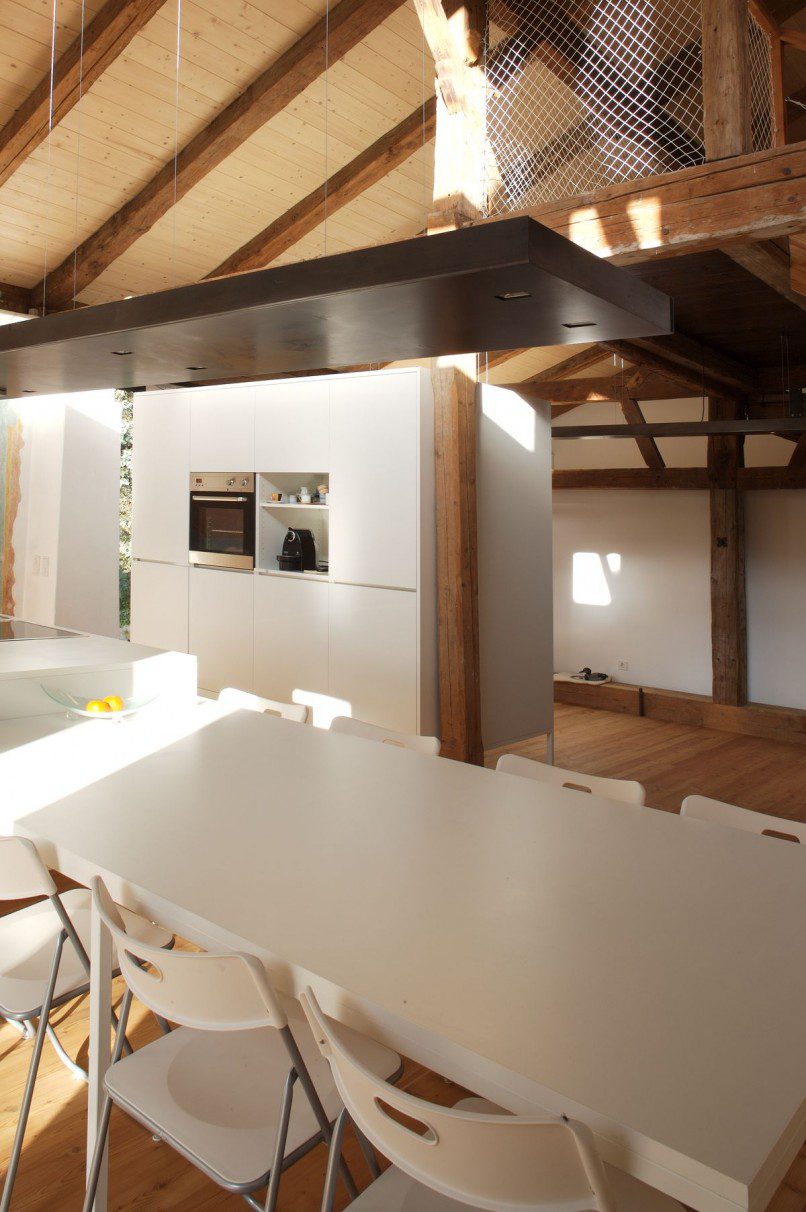 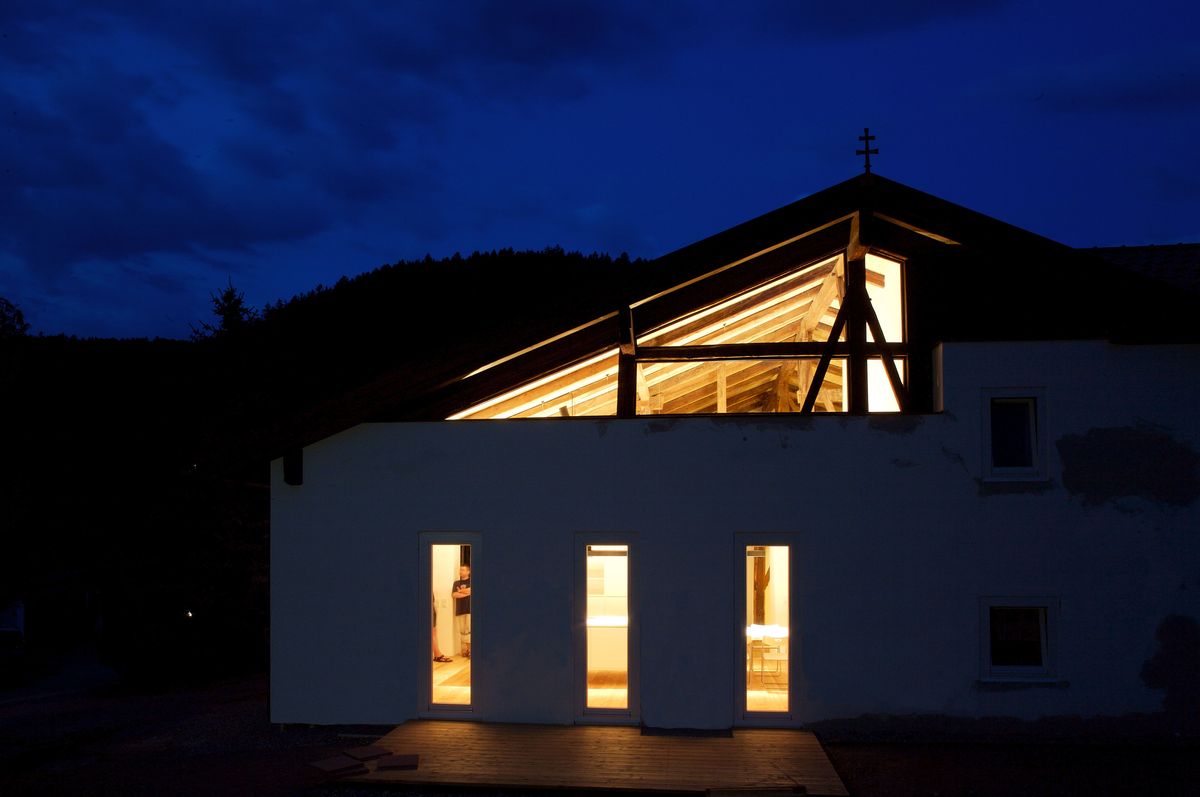